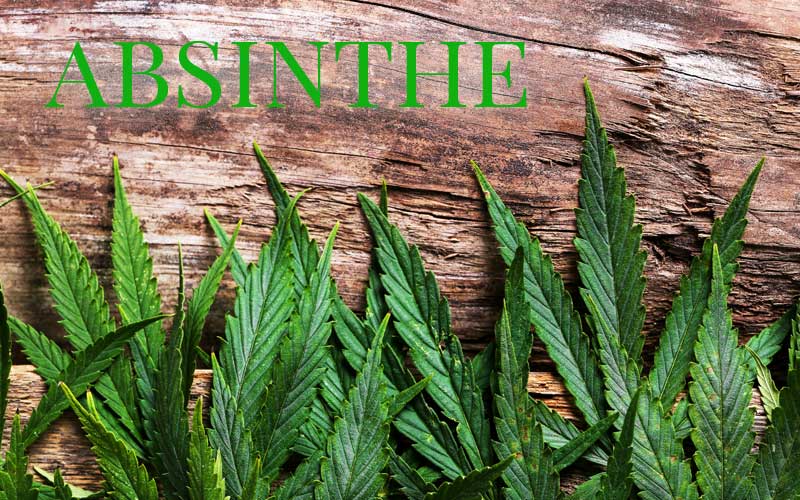 This week you are going to learn more about Absinthe and its negative image at the turn of the century. The drink was blamed of causing Absinthism, a menatl illness. We will also deal with the question: Are Absinthe and Cannabis comparable? Enjoy!

The illness of drinking Absinthe: Absinthism

Absinthe was the scapegoat at the beginning of the 20th century. It was said, that drinking Absinthe will make you crazy. Even an illness was ascribed, “Absinthism”. Now, as you already know from last weeks article about Absinthe Prohibition, Absinthe is not dangerous. So why does the term Absinthism exist?

The term first came up in the 1860’s when the debate about health issues concerning Absinthe consumption arose. It was claimed that chronic use of Absinthe causes addiction, hyperexcitability, epileptic fits and hallucinations. This was first described in a series of papers by Dr. Valentin Magnan.

Absinthe and your health, the truth

The problem with the research of Dr. Magnan is that it was fundamentally flawed. He tested the effect of “Absinthe” on small animals (rats) and took an outrageously high dose: The rats were exposed to pure wormwood essence, instead of commercial Absinthe. Commercial Absinthe only contains a small portion of wormwood essence. But in French both terms, wormwood essence and the drink, are described by the word Absinthe… This created the desired confusion…

To put it in a nutshell, if you drink as much “wormwood” as was given to the rats in the experiment (relatively to your body weight), it is not good for your helath. But this amount of wormwood will never be consumed. It is as if you would drink gallons of Absinthe, more than thousand glasses of Absinthe or to be more precise gallons of wormwood essence!

Are Absinthe and Cannabis comparable?

In 1975 Absinthe and Cannabis were compared by an author. The author claimed for both to have similar psychological effects. He stated that tetrahydrocannabinol (THC) and thujone have a similar molecular structure. While this theoretically makes sense, Cannabis and Absinthe do not have the same effect. Cannabis can cause short term excitement, as well as drinking Absinthe. But it is a mild hallucinogen and ultimately it is a stupefiant, a drug. Thujone, in contrast, is only a stimulant and does not have a long-term effect on one’s health (if not overused).

All in all one can conclude that, even though in previous times a comparison has been made it is not a valid one. Absinthe and Cannabis are different (and if you drink some glasses of Absinthe it will not show up in a drug test…). If you want to know more about the effects of real Absinthe, vist our info site.

We do hope that you enjoyed this blogpost about Absinthism and the comparison of Absinthe to Cannabis. If you have any topics You would like us to feature let us know!

We love feedback! Want to tell us something? We’re happy to hear from you!
Enjoyed this article? Show your friends and share this article on your favorite Social Media Channel!

Much Love.
Nico from the ALANDIA Team

2 thoughts on “Absinthism and the comparison of Absinthe to Cannabis”