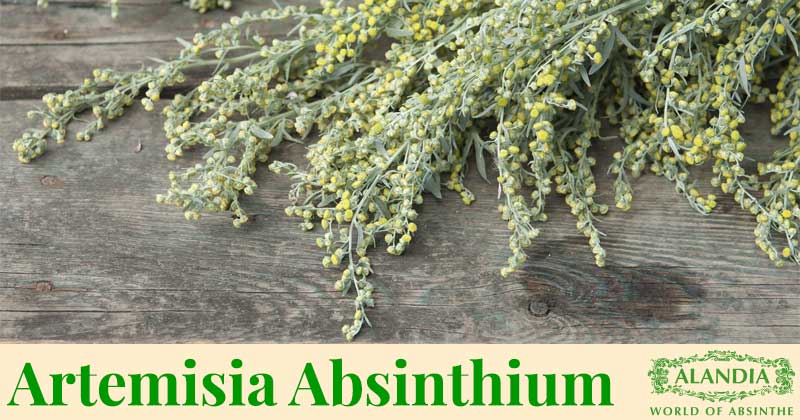 Grand Wormwood and its use

Wormwood is used in many ways. For example to produce the spirit Absinthe, various herbal bitters and the wine aperitif with the same name, Vermouth. In ancient times the plant was considered a remedy. A tea brewed from the leaves was regarded as an effective remedy for stomach cramps and nausea, as the bitter substances contained in it stimulate stomach function.

At the beginning of the 20th century, the drink Absinthe with wormwood and with it the herb artemisia absinthium came more and more into disrepute. It was assumed that excessive consumption of wormwood, especially of wormwood essential oil, led to mental confusion and even hallucinations. The explanation was, that the nerve poison “thujone” contained in artemisia absinthium would be responsible for the mental disease. In high doses and over a longer period of time, irreversible nerve and brain damage could be the result (according to former scientists and doctors).

However, more recent studies of the 21st century refute this harmful effect of drinking Absinthe and wormwood. Rather, it is assumed that any side effects that may occur when drinking a glass of Absinthe can be attributed mainly to the very high alcohol content of Absinthe of 45% to 74% alc by. vol. In addition, the “cheap” Absinthe brands that were widespread at that time contained toxic chemicals like methanol, copper sulfate and zinc sulfate. With these chemicals Absinthe was often artificially coloured. This was cheaper and easier than using natural colouring herbs to give Absinthe its typical green color.

Etymology of the term

The English name for artemisia species is “wormwood”. This indicates that wormwood was attributed anti-parasitic properties. In the Middle Ages, for example, the plant was used against intestinal worms. Hildegard von Bingen even described wormwood as the “master over all exhaustion”. Another characteristic of wormwood is its distinctly bitter taste. And so it is not surprising that the so-called “drop of wormwood” colloquially stands for a bitter, sad event. In this context, wormwood is a synonym for pain or unpleasantness.

Grand wormwood grows in lush bushes that can reach a height of 1 -1.5 m. The individual shoots emerge from a root lying horizontally in the ground. The stems of the wormwood plant are densely covered with filigree leaves. The wormwood leaves have a matt green to silvery shiny colour. On the upper side they have small fine hairs. The inflorescences are small buds with yellow petals. They open between the end of July and September and are mainly located along the upper part of the stem. Because of their small size they are not very visible. Their smell is also rather faint. A wormwood shrub has a very tart and spicy scent. But this scent comes mainly from the leaves. For the distillation of Absinthe ideally only the leaves without flowers are used.

The drop of wormwood

We hope you enjoyed our blog post on Artemisia Absinthium. By the way, we think that a drop of wormwood can taste pretty good every now and then. Especially as a glass of Absinthe. With this in mind, we send you many greetings.

Hope to see you soon in the world of Absinthe!

In the video below you can get some more info about wormwood and its relation to Absinthe (it’s actually not me in the video ;-))