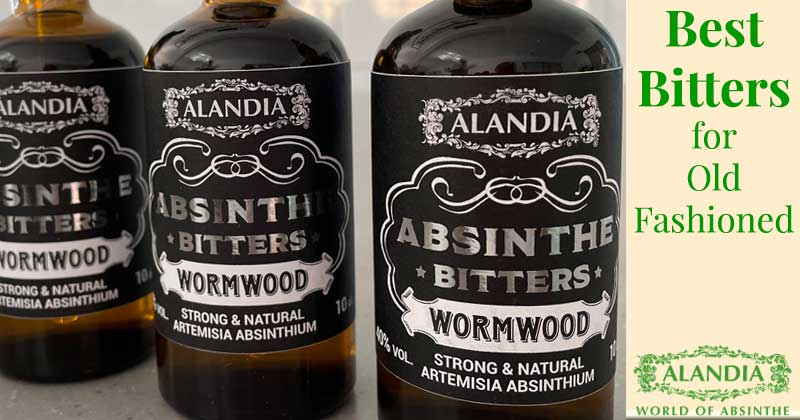 In the mid 19th century, spirits were not as palatable as they are today. Throat burn instead of a smooth finish and off-notes were quite common. But of course people still wanted to drink high-proof spirits. So what was the solution to that daily problem? At some point, bartenders of the time simply poured sugar and bitters into the glass! The result was simply called a “Cocktail” and what we call today an Old Fashioned was simply called a “Whiskey Cocktail”.

In the 19th century, this recipe turned bad booze into tolerable stuff. Today, it turns really good stuff into a liquid symphony. The sweet and bitter flavors of the Bitters and the added sugar have the ability to soften unpleasant flavors and sharp alcohol notes. And of course they add – depending on the Bitters – some pleasant notes to your whiskey. Just think of the Bitters as the salt in your soup or the topping to your favorite ice cream.

If you want to mix an Old Fashioned, there are two preparation methods. The classic version is to stir the drink directly in the tumbler glass together with a sugar cube. The modern and easier version relies on sugar syrup and a stirring glass. We recommend the classic version, as you need less bar accessories and yes, we are retro fans! This is what you need:

1: Place the sugar cube in the tumbler glass with a splash of water and stir until the sugar has dissolved as much as possible.

3: Pour in one to two more ice cubes and continue stirring until the drink has “grown” about an inch below the rim.

4: Garnish with an orange wheel. This will give the Old Fashioned freshness and lightness, without costing it strength.

The perfect serve for an Old Fashioned is to use Wormwood Bitters instead of Angostura or Peychaud’s Bitters. Why does it optimize the drink? Because Angostura Bitters are very flavorful. In addition to gentian root and cinchona bark, they contain cinnamon, cardamom and cloves. The taste of Angostura reminds us of “Christmas”, which we personally feel is too extreme for a Whisky cocktail. Peychaud’s bitters are made with anise. Anise is also a very dominant spice, which can increase the complexity of a drink but can also lead to flavor confusion. In addition, many people do not like the taste of anise, which lowers the everyday suitability of Peychaud’s Cocktail Bitters.

Our recommendation is to use wormwood bitters. Unlike the previously mentioned bitters, they are made from only one ingredient, wormwood. We prefer this straight forward approach. The bitter note resembles the Angostura and Peychaud’s Bitters. However, the anise or Christmas flavor is skipped. Vermouth, although only one ingredient, combines bitterness with a very complex flavor profile. So one ingredient is enough. We recommend 40 drops per drink (= 2 ml / 0.07 oz).

Tasting notes of the drink

In the Old Fashioned with wormwood, the aromatic wormwood flavor combines perfectly with the smoky, smooth flavor of a bourbon and the sweetness of the added sugar. The orange slice adds freshness, not too much and not too little, just the right amount. Another aspect is that the Wormwood Bitters are 100% natural. They are made without any artificial additives or sugar. Only distilled wormwood, macerated wormwood and wormwood oil are used. It is a different story with the usual Bitters: Peychaud Bitters, for example, are colored red with food coloring E129, Angostura gets its dark brown color from coloring E150a.

What is the difference between an Old Fashioned and a Sazerac?

An Old Fashioned and a Sazerac are closely related cocktails. But there are some differences, that set the drinks apart from each other. Both consists of a spirit, sugar, water and a Bitters. In the Sazerac, Cognac instead of Whiskey is used as the base spirit and Peychaud’s Bitters instea of Angostura as the Bitters. A special feature of the Sazerac is as well, that the glass is coated with Absinthe beforehand. In addition, unlike an Old Fashioned, the Sazerac is served without ice in the tumbler glass. You should try both drinks and decide, what you like more. A Sazerac has more Absinthe flavor, the Old Fashioned is more refreshing (and less strong) because of the ice in the glass.

We hope you liked our Blog post about our version of the cocktail classic “Old Fashioned”. Looking forward to your comments!

P.S: If you like to try out the Old Fashioned recipe, you can buy the Wormwood Bitters in our online store.